Introduction: Don’t worry, as you don’t need to be 21 years old where you’re going because we’ve got a fully loaded Arizona fake ID that’s sure to make you the sheriff in town.

Whether it’s the red deserts, the Grand Canyon or even the ridges on the northern ends, Arizona isn’t anything less than America’s own little sandbox. So, what better way to beat the dry and dusty lay of the land than to have your fair share of drinking escapades?

About: Arizona isn’t topping any lists for binge drinkers anytime soon, but that also doesn’t mean that it’s shy about cracking open a bottle or two. You’re sooner to run out of water in these parts than a good bottle of booze.

There is roughly 16% of the adult population that self-reports as being excessive drinkers. However, this is when you keep in mind that this is the state average. Individual cities and metro areas can beat these stats with areas like Flagstaff contending to be the drunkest in the entire state. It’s not hard to order a couple of shots here without getting too many eyeballs on you.

Arizona’s Drinking Culture: The drinking culture in Arizona has had a colorful start, to say the least. From the period of 1920 to 1933, Arizona was under the nationwide alcohol ban known simply as The Prohibition. This meant that no booze could be bought, sold, traded or even so much as looked at.

That’s how it was on paper at least. Behind the scene, bootleggers and basement gangsters of the state were all coming up with their own homemade concoctions. This led to a rich culture of moonshine that can still be seen in some parts of the state.

Now, when it comes to state drinks, they’re about as clichéd as you would expect. Everything that’s served in bars here is enough to quench a desert wanderer. Expect to see prickly pear margaritas and tequila sunrises until your lips pucker up like they’ve never before.

Afraid of getting caught? Save yourself from needless embarrassment. Please read our full guide on how to spot an Arizona fake ID.

BENEFITS—ARIZONA ID, “PLACES WHERE IT SCANS?”

The harsh Arizona surroundings make anything seem like a mirage, so if you find yourself looking to quench your thirst, you will need a bar that will play ball.

DISADVANTAGES—ARIZONA ID, “PLACES WHERE THEY CAN SPOT FAKES?”

Along with the easygoing bars out there, Arizona also has its fair share of “fine establishments” that expect you to be a carrying a quintessential piece of plastic to prove you’re an adult.

Drinking Laws in Arizona: Drinking laws in Arizona prevent any alcohol from being served to you if you’re under 21. Using a fake ID is also out of the question as it can land you in jail for a class 3 misdemeanor.

Another thing to keep in mind is the timings. Arizona’s bars can only serve you until 2 am. After this, you can either order a Shirley Temple or pack your party and take it elsewhere. Some other interesting rules include prohibiting bars to hold drinking contests or serve more than a certain quantity of booze to someone at a time. This includes:

So, if you’re planning on getting hammered, you might need to pull out a calculator first. By and large, Arizona is the place to be if you want to enjoy the nightlife that brings people together over a couple of drinks. Just be sure to pack a fake ID if you don’t want a seat at the kids’ table. 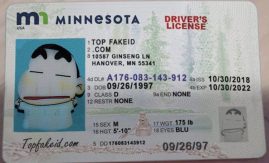 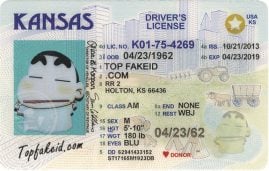 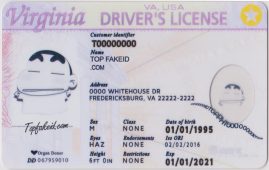